The birds are getting very active here at Te Rakau with warmer weather and longer days stimulating breeding behaviour. I heard my first shining cuckoo call on Friday September 30 so the little grey warblers will be exceptionally busy if they end up rearing cuckoo chicks that are much bigger than themselves. In fact these industrious little birds have probably already reared a clutch of their own chicks before the cuckoos invade their nests as a safety mechanism to ensure their own future. 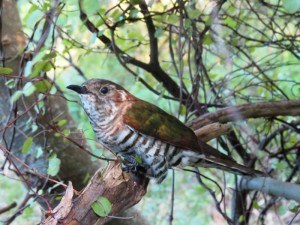 On Onoke Spit the Caspian Terns are starting to group up and begin the ritual of fishing for their mates – a kind of bird foreplay! We are keeping a much closer watch on their nesting site and have upped the number of traps along the spit to give them a better chance of rearing chicks successfully this year. Let’s hope that humans and their dogs play their part too and leave the birds in peace for the breeding season which can go well into January. 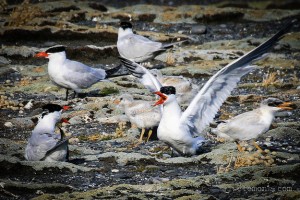